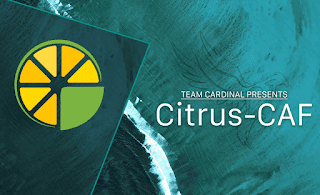 About Project:
Citrus-CAF, unlike the name suggests, was initially based off CyanogenMod, in the early days of Marshmallow, we even had another name at that point. Later, taking into consideration feedbacks of the very first slew of testers and carefully studying the needs and demands of our users, we rebased the project to Code Aurora Sources, more commonly known as CAF. Time went by and Nougat released, and we decided that it was time, Citrus-CAF had to see the daylight. We rebased everything to the brank spanking Nougat released. Later we realized the true potential of CAF tags, how each of them altered the device performance on different SOCs. After a lot of thinking, we decided to keep different sources for difference SOCs in our git and hours of debugging later, the Xiaomi Redmi Note 3 was the first device to get a taste of our Tangy Nougat. In the beginning, it was just two people behind , but in time, a lot of people