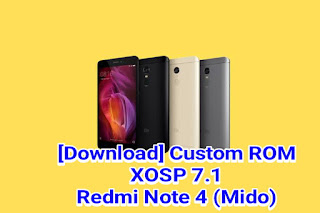 About Dev :
XOSP is an after-market firmware based on CodeAuroraSources (CAF) destinated for a wide range of Android phones. The name stands for the Xperia Open Source Project and the project was initially created by @nilac for the Galaxy S+ (his old device) years ago when back then the ROM was called S+ Reborn. The vision was to create a minimal bloat free ROM which included Sony Xperia specific apps and various tweaks users would expect from a custom ROM.
S+ Reborn became a success and was eventually ported to different devices so from there it was rebranded to XOSP. Calin worked on the project for 2 years always trying to improve it. Eventually, Because of the fact Lollipop was buggy on his Galaxy S+, he decided to take a break from development until he got his hands on the Zenfone 2 in 2015 and from then he started again the development of XOSP and continued it ever since.

Feature
*You can Find after Install Rom..